The CANUSA Games were created in 1958 through the joint efforts of the Canadian and USA Amateur Athletic Unions.

Having conducted their Flint Olympian Games in July of the previous year, Flint officials were looking for another competition for their Olympian winners and contacted their A.A.U. for support. The A.A.U. of the United States contacted Canadian A.A.U. looking for a city of’ comparable size and interests. Hamilton was selected, hence the birth of CANUSA (Canada – U.S.A.) Games. It was also decided that the site of the Games would alternate yearly between the two cities.

In 1958, a caravan of cars set out for Flint on the second weekend in August, lead by Chairman Wilf Thomas and his volunteer committee. That year approximately 200 athletes from each city competed in seven sport areas and from these meager beginnings, the volunteer spirit caught on and the ideals continue today.

Various means of transporting the athletes have been used including the aforementioned caravan of private vehicles, a special CANUSA Games train and in more recent years, a convoy of up to 24 chartered buses.

The CANUSA Games presently has about 1200 athletes in 13 sport areas, and while the organization has grown considerably, the ideals remain the same; volunteers working in their community for the social and recreational betterment of young and old.”

Every year the CANUSA Games’ Opening Ceremonies provide many highlights. One of these is most certainly the annual 245 mile marathon run between Flint and Hamilton. It is one of the longest international runs in North America, beginning in the visiting City the evening prior to the Opening Ceremonies and culminating in the runners arriving at the host City’s site for Opening Ceremonies. It is a very emotional moment for all who witness the arrival of the torch runners, the circling of the track and the lighting of the large torch which symbolizes the official opening of the Games for that year.

As part of the Opening Ceremonies the National Anthems of both countries are sung by all in attendance. The Mayor of the host City then presents the FRIENDSHIP TROPHY to the Mayor of the visiting City as a token of peace, brotherhood and true friendship, not only between Mayors, but also between competitors, the Mayors Cities and the two Countries. 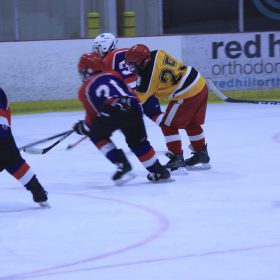 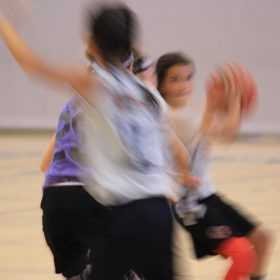